Mary J. Blige on how she coped with her tough childhood: “I sang a lot. It made me feel better” – Music News

Paras Griffin/Getty ImagesGrammy Award winning singer Mary J. Blige is reflecting on her tumultuous childhood and what helped her get through it.

In an interview with People, Blige, who spent the early years of her life moving around NYC, says she tried to make the best of her childhood– but admits it wasn’t easy.

“Growing up in Yonkers was very, very hard but we had to make fun to make it easy so it was good and bad,” she said. “As kids, we played tag and we’d make up games like ‘Steal the Bacon’ and dodgeball and whatever we did.”

“What made it hard was the environment,” Blige continues. “It was a lot of people hurting — trying to survive and the environment was just terrible. That’s all I can say. Everybody did what they had to do to survive.”

However, the Oscar nominated actress says she found the perfect outlet: her voice.

Looking back at her early career, Blige says there’s still one song that stands out, even today: “My Life.”

Looking ahead, Blige is excited about her future. The actress will soon star in the upcoming Power series spinoff Ghost Power Book II, which she says is a challenge she loves.

“Acting is a little harder because you have to make something that’s not living at all exist,” she says. “But I love the challenge and I love creating.”

Billy's DM: Is She Wrong For Feeling This Way? 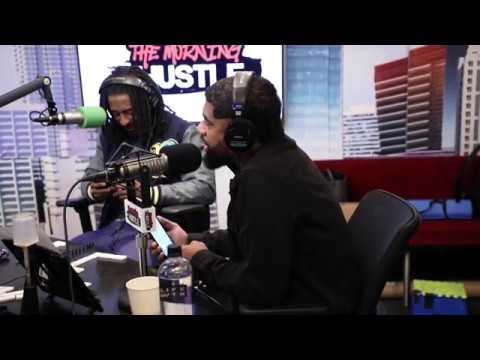