One of the most naturally talented entertainers on the radio, the Baka Boyz, Eric and Nick V, owe their success to hard work and a true passion for music that started at a very early age. Their father would take them to professional gigs long before they could even drive and invested in their equipment, realizing early on that their talent was more than a hobby. Nick started DJing when he was only 12 years old and quickly garnered a reputation as a “Wonderkid DJ from Bakersfield”. Together, Eric and Nick V. garnered popularity for their fast talk, natural improv skills and, of course, their live mixes.

Sorry, there is nothing for the moment. 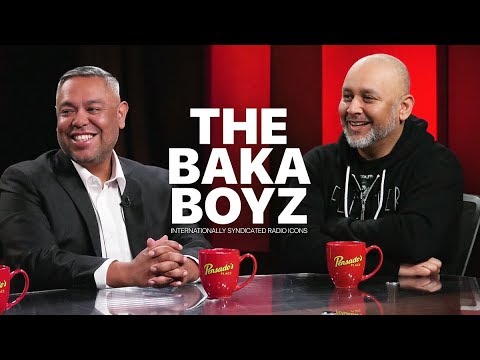 The Baka Boyz were originally DJs in Bakersfield, California, before moving south to Los Angeles.[1] They first began at Power 106 in 1992 with their show creation, "Friday Nite Flavas". They also developed Power's live mixing "World Famous Roll Call". After achieving high ratings in the morning[2] and afternoon[3] slots at Power for seven years