Boosie Badazz offers $100K to get his Instagram back  – Music News

Paras Griffin/Getty ImagesBoosie Badazz is willing to fork over some major cash to get his Instagram account back — major cash to the tune of $100,000.  On Monday, the rapper took to Twitter to offer the lump sum to Mark Zuckerberg, the CEO of Facebook, which also owns Instagram. Boosie tweeted, “@zuck I got a 100k for my […]

Charles Sykes/Bravo/NBCU Photo Bank via Getty ImagesLakeith Stanfield is reassuring fans that he’s “good,” following some alarming photos and cryptic videos on his Instagram account. On the Tuesday, the Get Out actor released a short statement on IG, responding to fans who had apparently reached out about his now-deleted posts, which seemed to suggest he was thinking about “harming” himself. […]

Craig Barritt/Getty Images for SK-IIIt’s official, Instagram official, that is. Simone Biles is off the market.  On Sunday, the 23-year-old four-time Olympic gold medalist was all smiles in her latest Instagram post which featured pro NFL player Jonathan Owens. Biles captioned the post, “It’s just us,” with a brown heart emoji and the two looked lovey-dovey in a second pic which […]

Jason LaVeris/FilmMagic Terrence J and Marlon Wayans had viewers confused Thursday morning after having a heated argument on Instagram Live about how much of a role Marlon’s family played in his rise to success. The two appeared in a video to let fans know it was a “fake roast,” and they were “joking.” But the damage was over for fans on social […]

Banks: Andrew Benge/Redferns via Getty ImagesAzealia Banks is at it again, reigniting old beefs and starting new ones with some of the hottest artists in the music industry. On Monday, the Harlem rapper called out Nicki Minaj for her silence amid the #DojaCatIsOverParty controversy on social media, other than to celebrate the success of her collaboration with Doja Cat on the “Say So” remix. In case […]

ABC/ Fred LeeBy DANIELLE LONG, ABC News Jennifer Hudson may have to pay a hefty price for an Instagram photo she posted back in December.  According to Page Six, a lawsuit was filed on Wednesday against the 38-year-old American Idol alum by New York photographer Fernando Ramales for posting his photo, despite it being of her, without asking his permission or crediting him. The […]

ABC/ Heidi GutmanKerry Washington is showing the world the absolute gem her father Earl Washington truly is.  The Scandal actress launched a brand new series dedicated to her dad’s sense of humor, appropriately entitled Dad Jokes. In order to officially launch her brand new series, the father-daughter duo enlisted the help of another parent known for their hokey sense of humor: Beyoncé’s mom Tina […]

Frazer Harrison/Getty Images for EA Sports Bowl at Bud Light Super Bowl Music FestMuch like DJ iMarkkeyz‘s recent remix of Cardi B’s “Coronavirus” rant, DJ Khaled has officially inspired the latest online moment to be turned into a viral remix on social media after he cut off a fan on Instagram Live for twerking. On Sunday, the husband and father of […] 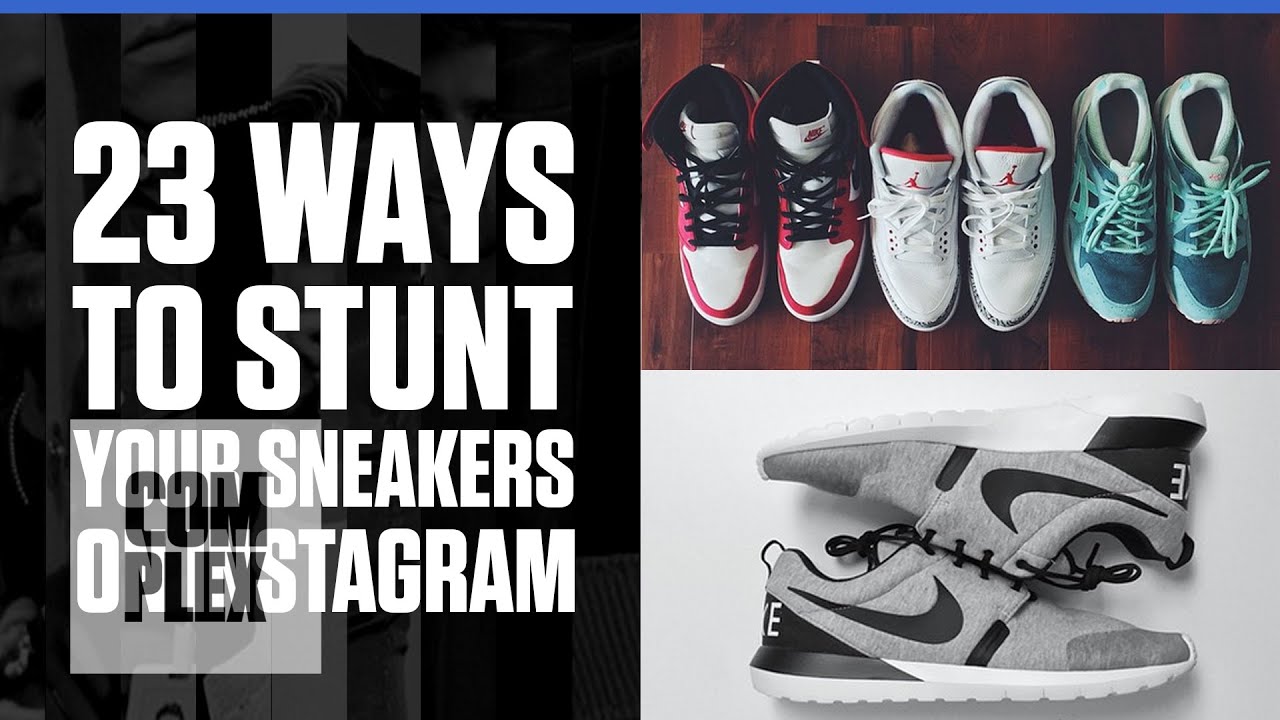 Here’s a look at 23 ways you can stunt your sneakers on Instagram. Subscribe to Complex for More: http://goo.gl/PJeLOl Check out more of Complex here: …

ABC/Fred LeeKenneth “Babyface” Edmonds, the musical genius behind the Waiting to Exhale soundtrack, is taking us back to 1995 for Mother’s Day.  On Sunday, May 10th, he’ll play the soundtrack via Instagram Live, similar to his epic Verzuz showdown with Teddy Riley a few weeks ago. During a virtual appearance on The View, the multi-Grammy-winning artist discussed his recent COVID-19 diagnosis and revealed plans to […]